Km 0. Roncesvalles (from the hostel, restaurant or tourist office centre)

In the beginning of the way a priest expects to all the one who undertakes the armed trip with a good bunch of stamps of the virgin of Roncesvalles and with a smile of these that hit. It greets you, question, interests by your plan of trip and until does a photo with you if like this you ask it to him. Ready, smart?, and it begins the riding.

Depending on the station in which it do , is very important to take into account the suitable clothes and a kit of first helps for our bicycle (stock exchange of complete repair, new camera and bomb), especially if it travels in period of rains. It is very typical to listen in this first stage (if it is period of rains) that it is impossible to go down in bicycle from Roncesvalles, but those that are accustomed to walk by earth will be delighted and will be able to forget of the pilotage to enjoy of the colours, the pastures, and the first greetings of proud pilgrims of an amazing trip: 790 kilometres until Santiago de Compostela.

Going out by the N-135 takes a small way that discurre to the embroider of the forest of Sorginaritzaga or robledal of Witches, a bucólico walk that leaves to see at the end the mythical cross of the Pilgrims, a cruise of the Gothic period that was moved to this place to finals of the XIX. This walk finishes beside the polygon Ipetea, where goes back to go out to the N-135 to go in in Auritz/Burguete. 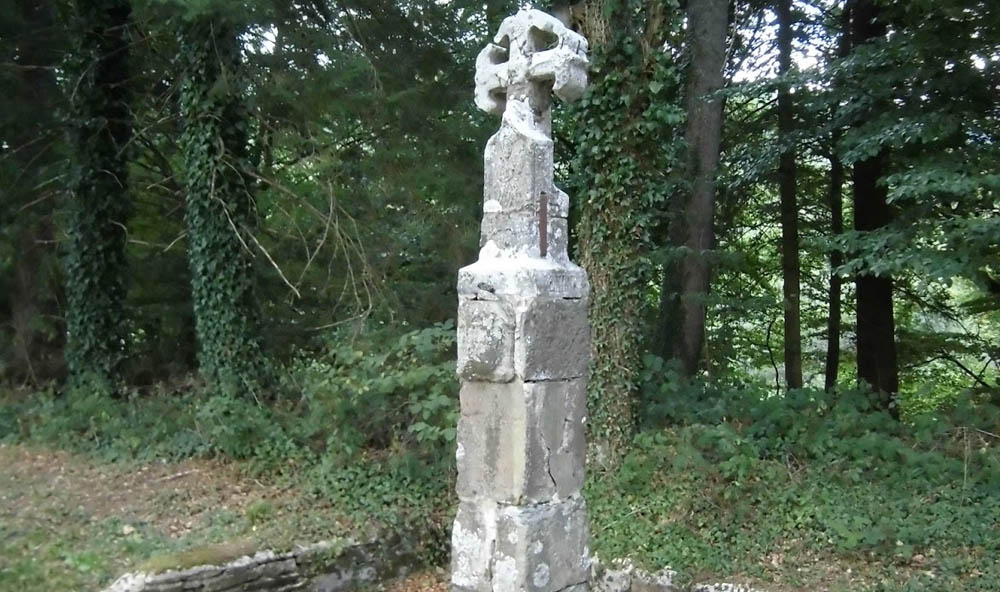 In Auritz/Burguete there is a pair of bars that open early for those that are to repeat breakfast. One of them finds beside the church of Saint Nicolás and another some one hundred metres afterwards. Happened the parish the Saint street Nicolás (corresponds with the N-135, are all one) twist to the right beside a banking branch to the river Urrobi. After sortear several courses of water by rudimentary driveways of stone and solve a small repecho, goes out to a track asphalted from which already appreciate the roofs of Spinal, first pertaining village to the valley of Erro.

When arriving to the village of Spinal, just where there is a bar and a bakery (a perfect place to take down of sweet and recomponer energy) turns to the right to a zone by which only can circulate by the sidewalk. Justo after a step of pedestrians it is necessary to turn to the left until it takes the track to go up to the height of Mizkitirtz. Two kilometres afterwards finds an image ploughed of the Virgin of Roncesvalles. Care when crossing the road: it is necessary to have a lot of care of not to confuse and take the senda that is not.

A metallic door carries to an impressive hayedo that will guide until the next population. The last stretch of this senda will be pavimentado to keep moved away the possible barrizal of winter. This will carry to a senda that drives to Bizkarreta, end of stage during the 12th century thanks to the existence of a hospital of pilgrims.

Just to the manually left entrance finds a bar, and when leaving the village, beside the shop of Biskarret takes course to Lintzoain, following village that finds to some two kilometres.

Once in Lintzoain, arrived to a pediment it is necessary to twist to the right to take a way of cement very hard. It follows him a track of gravel? A stone signposts that they remain four kilometres until the high of Erro- and afterwards a senda narrow.

The first going ups are the hardest, but little by little the slope yields and the way widens , until enjoying by moments of small falling stretches, as the one who carries until the same high of Erro, where crosses the N-135.

Between the spring and the autumn exists a mobile bar that works with energy solar. They sell sodas, fruit, barritas energetic and bollería industrial. In spring serve also drunk hot.

It begins the descent, surprise some stretches of the descent in which there are stairs, until arriving to the bridge of the Anger on the river Arga, construction by which accesses to Zubiri and to the valley of Esteribar. 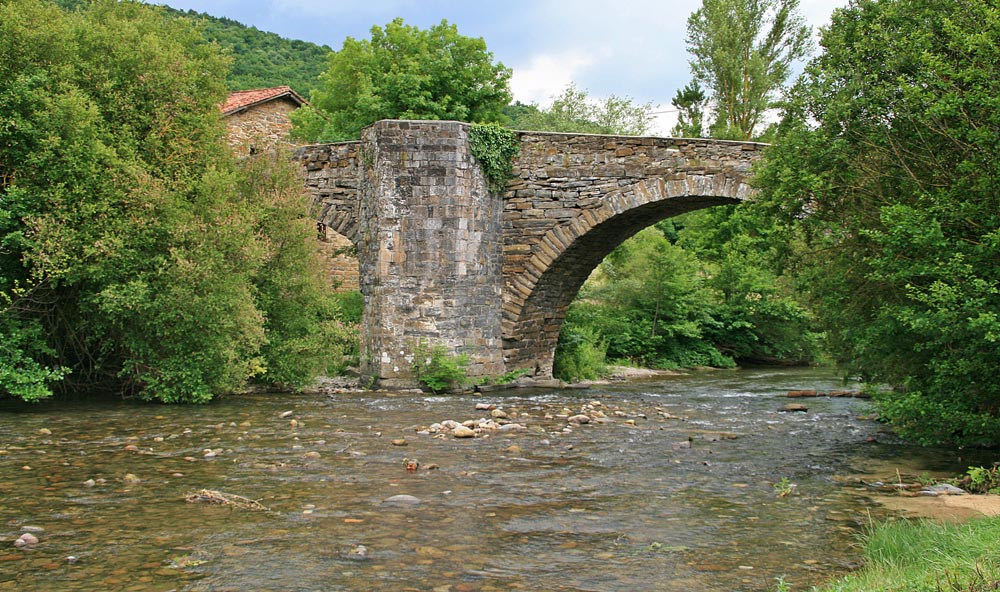 To follow the way having visited the village of Zubiri it is necessary to go back on the steps and cross again the bridge of the Anger. A kilometre afterwards finds a polygon that it is necessary to surround by a road, until descending a small stretch of stairs to abandon the industrial area and arrive to the village of Ilarratz. Roughly a kilometre afterwards will be Eskirotz and another kilometre more will carry to Larrasoaña.

If you come from Zubiri the itinerary does not arrive to this place, since it finds separated of the way by the river Arga and the bridge of the Bandits. A short promotion of 500 metres roughly carries until the following core, Akerreta.

Following the way it is necessary to happen near of a rural hotel and after a porthole and a stretch of gravel arrives until a local road that has to cross . The following stretch is of tale: protected between the trees and thickets until finding the river Arga and begin a descent until the same bank. Hit to the course of the river until arriving to the bridge of Zuriain.

Beside the bridge find the bar and the hostel The Stop of Zurian. It goes out until the road N-135 and takes the detour of Ilurdotz, until going back to cross the Arga to direct until Irotz.