Logroño, in the northern part of Spain, is the political, economical and cultural capital of the Autonomous Community of La Rioja. This area is specially well-known for their vineyards and wines with a protected designation of origin. The city offers vast diversity of cultural life and gastronomy -as perhaps you already know if you have read our stage from Estella to Logroño– and through it passes the French Way. The Way of St. James enters Logroño through its iconic Stone Bridge, crossing the waters of the Ebro -the most voluminous river in Spain- to later go down into the historic center.

In its journey through the city, the Way passes, as was only to be expected, along the Church of Santiago. This temple its called after apostle Santiago, that was said to preach in the place where the church was built. Before the sanctuary, there is a curiosity that today in Tournride we want to share with all of you, new or already experienced pilgrims: la Plaza de la Oca, “The Goose Square”.

Santiago Square and its Game of the Goose

In Plaza de Santiago -“Santiago Square”-, or as it is popularly known, Plaza de la Oca -“Goose Square”-  we find a big mosaic in the ground that represents the Game of the Goose on a large scale. But we should clarify something first, what is the Game of the Goose? It is a board game in which the players should roll the dice to move through the board. This one takes on a spiral shape and consists of 63 squares with different pictures -among them a goose that appears several times through the game-. Depending on which square you fall into, you are able to move forward, or instead you can lose your turn or even have to go back to square one. 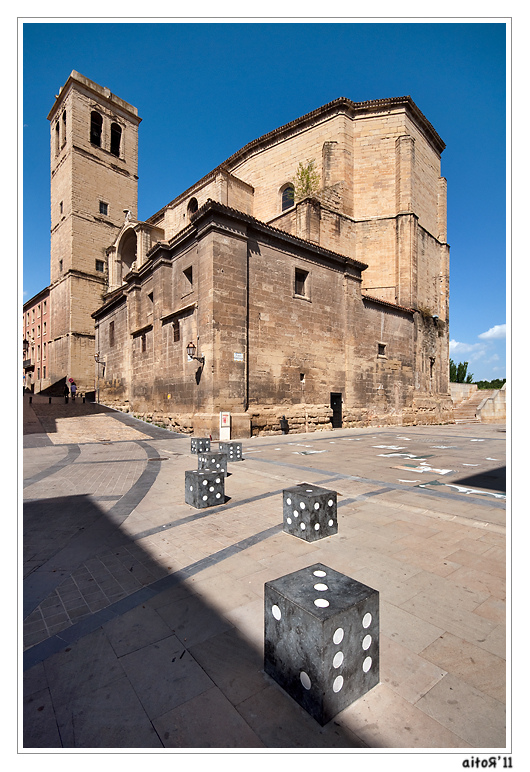 However, what we find in this square in not the usual game board with its 63 squares full of draws of wells and labyrinths, but instead, together with the gooses and dice, you can find other pictures that represent the different stages of the Way: Burgos, Sahagún, León, Ponferrada, Melide… among others.

The game starts in Logroño and ends in the tomb of the apostle Santiago, each square depicting the many stops of the French Way. In them we can find as well pictures of the more significant monuments that the pilgrim will find along the Way. The anonymous bridges of the original Game of the Goose, transform here in Puente la Reina in Navarra and in Puente Órbigo in the province of Leon. The labyrinth, the square that always made us lose our turn, is here represented by Las Medulas of Leon.

The Square is an esplanade measuring 150 square meters and was remodeled in 1991, year in which it was added the Game of the Goose. The board on the ground, that allows the pilgrims to walk it through, is accompanied by benches that take the shape of dire, and by the Pilgrims Fountain. This unique place, together with Santiago’s Church, is a passing place in the French Way, and one of particular interest and originality.

Origin of the Game of the Goose: Templars and the Way of Saint James

There are several theories about the origins of the Game of the Goose, among them some date its origins in Ancient Greece and its disc of Phaistos. Others prefer to locate its creation in Italy, in Florence, in times of the Medici.

However, one of these theories affirms that the game was created by the Templars in the 12th century, and taking the Way of Saint James as a source of inspiration. It is said that in the board of the game, full of esoteric motifs, the Templars concealed their knowledge behind complex and mysterious codes. 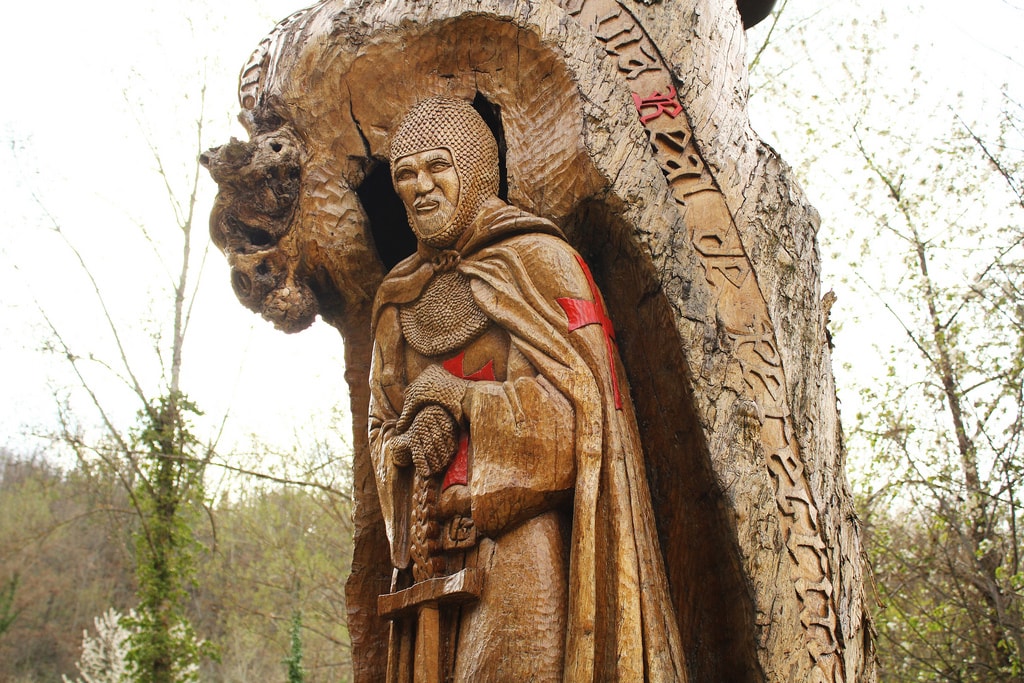 Other believe that the board is simply a guide of the pilgrimage route that the Templars made, starting the Way in Logroño and passing all the stages until reaching Santiago de Compostela in the end. The Templars forbade their members of playing board games as chess, so it is possible to believe that the initial purpose of the game was to be a pilgrimage guide, customized as a game for those still not initiated in the order.

With this in mind, the board of the Game of the Goose would function as a metaphor for the pilgrims who, as players dedicated to their internal and external quest, overcome the obstacles of the Way to be able to reach their goal.

Regardless of the true origin of this mysterious game, it is a fact that the Goose Square is a curiosity eye-catching enough to reclaim a bit of the time of any pilgrim who reach Logroño. So, if your itinerary takes you through La Rioja,  we invite you all to make a stop in this striking square.

Here end this post, but not before reminding you that, if you want to reach this last square of the game, we are at your disposal to provide you with bicycles for the Way.