From Estella to Logroño (48 kms.) (With exit from hostel, bar-restaurant, or tourist office)

One of the hardest stages but also more gratificantes of all the French Way. The difficulty is considered high with heights of height of until 750 metres, but the route by Navarra and The Rioja, do it an only experience. 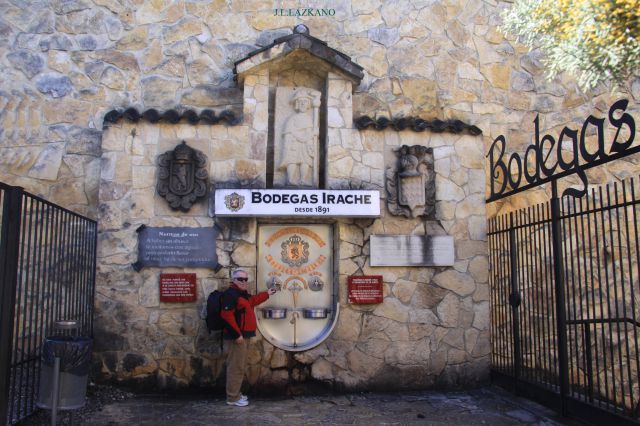 When splitting of the hostel of Estella, the first stop forced is the one of the famous source of the wine, of Cellars Irache. A grolo of wine to begin the travesía with energy, always comes very (but without happening ). In this distance, have the option to go by the traditional route, by narrow footpaths and that, depending on the period of the year, can be full of mud, or, visit the road that do the most comfortable Way, although, although it is true, less attractive and without being able to enjoy of the beautiful seen highland.

The first unemployed can do it in The Arches, a place in where you will be able to take a coffee in many of the cafés and take advantage of to do some shopping in the shops and local supermarkets. If you follow the option of road, the asphalt is in quite good state, although, to the equal that following the traditional route, is a continuous goes up and drop, because of the rugged terrain navarro. From Towers of the River, after going up to the high, if you look for backwards have a beautiful sight of Sansol, and if you look for forward, the Way complicates a pile. The following stopped before arriving to The Rioja is in a small pueblecito called Viana. Ideal for afterwards take the lane-bici that begins in the community and that drives directly to Logroño. The way goes in in Logroño by the north until the famous Pozo Cubillas, known source where the pilgrims take advantage of to freshen his feet. You can enjoy in the next oriel to the source, in which the beautiful seen of the bridge of stone and the towers of the churches, will not leave you indifferent. At the beginning of the bridge of stone finds the office of the pilgrim and when crossing the river Ebro go in in the ancient helmet and arrive to the hostel of Logroño.

Logroño Is a small city, but with all the services, kind and near people and interminable places of visit after doing your Way of Santiago in bicycle. Gastronomy of luxury and to popular prices, and tourist visits like the Bridge of Stone, the Bridge of Iron, the Theatre Bretón of the Smiths or the Wall of Revellín.

Pamplona to Estella (44 kms.) (from the hostel, restaurant or tourist office centre)

Pamplona, the city by recognized of the most multitudinous party of Spain: Saint Fermines. Affable and pleasant people, joy in the city and an old zone full of restaurants with excellent gastronomy. In the next church to the hostel, will be able to assist to the blessing of the pilgrim, so that the trip accompany you with all the luck and fortune of the world. We begin to ride! 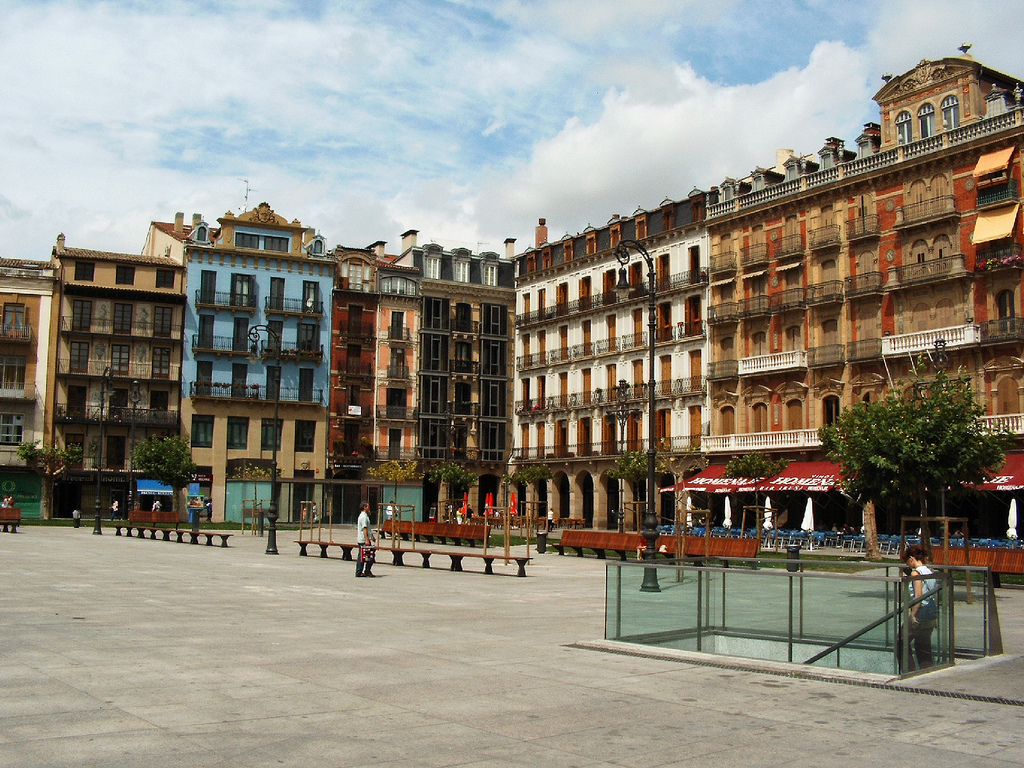 The rest in the hostel of pilgrims of Pamplona is ensured. It consists of rooms with several literary but reigns a very cordial environment so much in the personnel of attention as with the remaining pilgrims. After the exit in bicycle, recommend not carrying a lot of weight in the alforjas, since it treats of a stage with rises and descents in which we will notice the weight of our luggage. True is that it is more remarkable during the descents, but in the rises complicates a lot the comfort in the pedaleo.

We stand out Pamplona like a city in which the amaneceres are cold and humid, by what, in your exit, recommend a good breakfast accompanied of clothes of coat and also some piece for the rain. Descending the street of Curia until Mercaderes, the one of the famous curve of the runnings of the bulls of Saint Fermín, arrive until the Consistorial square, beautiful façade the one of the City council of Pamplona. We continue by Saint Saturnino and visit of tip to tip the Greater street. After a step peatonal advance until the avenue of the Army and go in in the Turn of the Castle, beautiful park grown around the defensive bastion of the Citadel.

More advance, the signaling forces to leave the green zone to access to the street Source of the Iron, that crosses the avenue Sancho the Strong and drop until the University of Navarra. It abandons the private institution by the bridge of Acella on the river Sadar (Km 3). By an andadero, after two kilometres, arrives in light slope until Cizur Lower, population of the Cendea of Cizur. 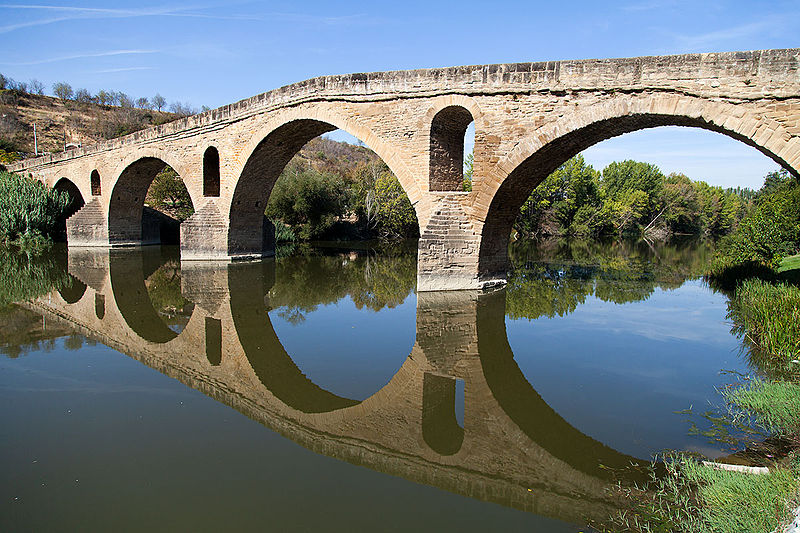 We leave Cizur between semi-detached and happen to places calmer. In the place of Guenduláin, visionaremos a beautiful lake of water and in two kilometres further up is Zariquiegui, last population of the Cendea of Cizur on the way of Santiago. We leave the tracks and take a more interesting footpath that opens  step between espinos. We will arrive to the famous source of Gambellacos, known by the following legend: they explain that in this place, the devil offered water to a pilgrim thirsty in return that it complained of God, the Virgin and Santiago. The pilgrim, half moribundo, despised the drink and prayed until the demon went  and appeared the source that satiated him. Satiated also we, devote the last effort until the high of the Saw of the Pardon, natural barrier between the Pamplona and Valdizarbe. 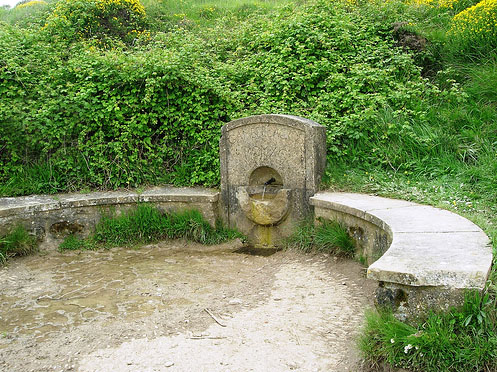 We will arrive to the Height of the Pardon, a good place to do a stop and enjoy of fantastic seen while we do a rest, eat something to replace strengths and pose the following part of the stage. After this light rest, visit the villages of Uterga, Muruzábal and Obanos in where we cross to continue to the vega of the river Steal until the entrance of Bridge the Queen. Beside the church of Santiago fulfil the two dozens of kilometres. The half of our way. In Bridge The Queen have all the services (hostels, cafeterias, restaurants, tourist offices, etc). A good place to stop to eat and enjoy of his architecture and monuments to face the afternoon until Estella, a more complex route.

The distance of game of Bridge The Queen goes through the valley of Mañeru, that gives us one of the postcards of the Way: a panoramic totally natural and no adulterated, surrounded by a road full of winegrapes and cereals that illustrate the image. Spectacular. Going down the valley, continue until Cirauqui, that stands out by his shod roman, the boat race of Iguste and the viaduct of the channel of Alloz, worthy places to contemplate and decelerar in the pedaleo.

The last stops would be Lorca and Villatuerta in where contáis with hostels, pharmacies, restaurants and cafés for “repostar” and take any refrigerio and can complete the 44 kms. Of this stage until Estella. A complete stage for any cyclist: rises and descents, different types of route: city, field, footpaths and shod, and excellent seen natural. 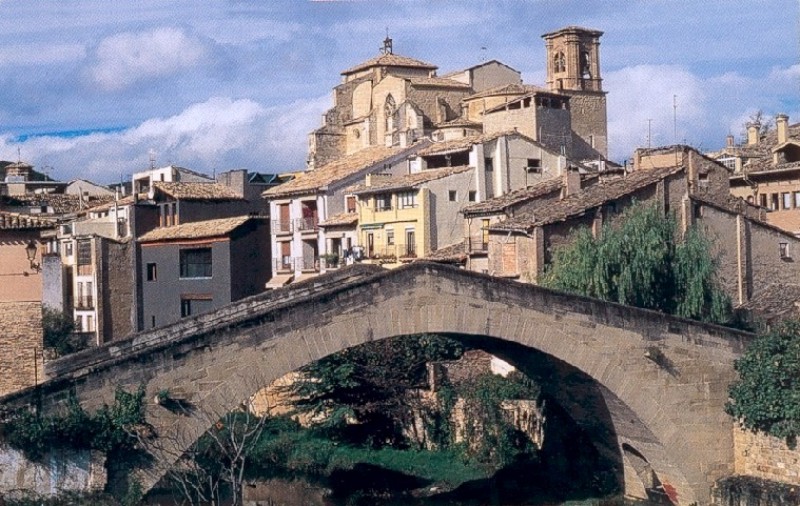